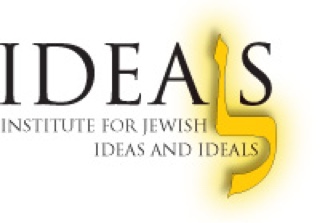 This essay is not about same-sex marriage. It seems amply clear from Torah and halakha that marriage entails a union between a man and a woman.

This essay is not about whether the United States Supreme Court should have legalized same-sex marriage, or whether such marriages should or should not be performed by civil magistrates.

We are confronted with a reality, whether we approve or do not approve.

The reality is that same-sex marriage is legal in the United States; that “Gay rights” activists have convinced much of the public that their cause is a “human rights” issue and that those who oppose same-sex marriage are “on the wrong side of history.”

We are also confronted with a reality, whether we approve or do not approve, that among the vocal advocates on behalf of same-sex marriages were major American Jewish organizations that foster civil rights.

Indeed, it has been reported that some Christian religious leaders are faulting the Jews (what else is new?) for destroying the Christian values of American society by forcing society to adopt same-sex marriages.

As Orthodox Jews, committed to Torah values and law, we will continue to live according to Torah and halakha. But it surely will be impossible to ignore the prevailing laws and attitudes of American society.

I want to focus on one aspect of the current reality: children of same-sex couples.

Until fairly recently, same-sex couples generally did not have children. Technology had not been developed for in vitro fertilization. Surrogate motherhood wasn’t available. Adoption agencies were loath to give children to same-sex couples. So gay couples lived their lives on a more or less private level, without having a significant impact on society at large.

But today, the situation has changed radically. It is far more common for same sex couples to have their own children. Through in vitro fertilization and through use of surrogate mothers, many gay couples are now also parents. Gay couples are also considered valid candidates for adopting children.

Whether we approve or don’t approve, we have an increasing number of children growing up with Jewish same-sex parents.

Should these children be converted to Judaism if their surrogate mother and/or egg donor were not Jewish? Will an Orthodox beth din undertake such conversions? Will children of same-sex parents be accepted in our day schools? Will we want our children and grandchildren to have play dates with them in their homes? Will these children be able to grow up “normally,” without being stigmatized?

While these kinds of questions have increased during the past several decades, they are going to become even more prevalent in the years ahead. It is easy to close our eyes and simply say: we do not condone same-sex marriages and we want nothing to do with children of such marriages.

It is a spontaneous reflex to tell such families to go elsewhere for their Jewish lives, and not expect to find a home in Orthodox communities, synagogues, and schools.

And yet, I think we all need to think more carefully about what is at stake here. Should children of same-sex couples be excluded from our Orthodox Jewish communities? Do we have some moral responsibility to help them grow as good and faithful Jews?

Do we have a religious responsibility to ensure that such children—as well as all other children—are not discriminated against or stigmatized? Should sincere, religiously observant same-sex couples, be prevented from having their children converted to Judaism?

As we are in the midst of a serious transition in the social/religious life of our society, quick yes or no answers are seldom helpful. While we do not yet have all the answers, we at least need to recognize what the questions are.

Over the years, I have found that my own views on these issues have been impacted by direct contact with same-sex couples who have come to me with their children. It is easy enough to dismiss stereotypes: it is altogether different to look into someone’s eyes, feel their pain and anxiety; see their genuine love of their children and their desire to raise their children within an Orthodox Jewish community.

I, along with so many other Orthodox Jews, strive to maintain Torah values while facing the realities of the society in which we live. It is not always easy to balance conflicting imperatives.

We need to think very carefully and very calmly before we can reach absolute clarity in a confusing world. But if we are to err, we should err on the side of love and compassion.