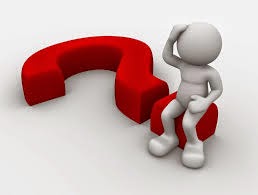 Please read this article and perhaps share it. It is important for us to be discussing this topic openly and being real about it. Please take a moment out of your day to make a difference.

Thank you,
05/05/2014- We are a group of many dozens of observant, Orthodox families from across the United States, including Illinois, Maryland, Massachusetts, New Jersey, New York, Pennsylvania and Wisconsin.

We are just like most of you – with one exception: Our children are LGBT (lesbian, gay, bisexual or transgender). Each of our children told us on a fateful day some months or years ago that they are not heterosexual. It is who they are and who they will always be.

It is with this thought in mind that we would like to have a virtual conversation with you. Imagine yourselves sitting around the Shabbat table. You have just finished Kiddush and are about to eat. Think about the statements below and how you would respond or comment. Just pick a few, and begin. That’s what most of us did with our families – slowly, carefully, needing time to absorb and appreciate the circumstances and the people around us. Important questions below:


1. As Orthodox Jews we believe that all human beings are created in the image of God. Have you considered how this core Jewish principle of human dignity might shape your view of LGBT people? 2. We believe that being LGBT is not a matter of choice. What do you think? How might this belief affect your community’s policy of welcoming people who identify themselves as homosexual?

3. Do you or your rabbi ask congregants how they behave in the bedroom?  Do you or your rabbi ask people in your congregation if they obey all Jewish commandments involving family purity? Are singles asked about their pre-marital sexual practice? What would you do if you knew that such laws were not observed in private by others? Should such people be excluded from participation in the community?

4. Have you asked yourself what would happen if everyone who attends your minyan had to submit to an "aveyrah (transgression) test," that would include lashone harah (bad mouthing), genayvah (stealing), genayvat da’at (lying), tax cheating, spousal abuse and so on, and that flunking such a test would disqualify them from receiving any honors at the synagogue whatsoever?

5. Are you aware that the phrase toevah (translated by some sources as abomination and by others as forbidden or taboo) is applied to cheating in weights and measures just as it is applied in Leviticus to homosexuality? Do you realize that the “gay test” is one of the few that an Orthodox minyan seems to apply far more often than the “aveyrah test?” And do you realize that all of these aveyrot are committed by choice?

6. Do you hear homophobic jokes in your community? What do you do when you hear them? Do you perform the commandment of hocheach tocheach at amitecha (rebuke your fellow Jew) and stand up for our children, relatives or friends who are the object of these so-called jokes?

7. Have you asked yourself and your congregation if it is just the appearance of openly accepting LGBT individuals or couples into your community and not any aspect of halacha, Jewish law that bothers you?

8. Did you know that anywhere from 5 percent to 10 percent of the general population are and have always been LGBT and that the Jewish population is no different? With a congregation of 300 this means 15 to 30 individuals are LGBT. Someone in your extended family or social circles – child, brother, sister, grandchild, aunt or uncle, niece, nephew or friend – is, or will discover that he or she is LGBT or has not yet shared this knowledge with other people.

9. When you chase an LGBT person from your congregation – either overtly or via social pressure – you might be encouraging that person to leave Orthodoxy and perhaps even Judaism altogether. Is that something your community wants to encourage?

10. Do you know that by shunning an LGBT congregant, you are also shunning that individual’s family? When shunned, it is not just the LGBT person who may leave the Jewish community or Orthodoxy but his or her entire family.

12. How well versed are your rabbis and lay leaders about LGBT issues or about the issues specific to counseling LGBT congregants or their family members? For example, do your rabbis or leaders know which institutions or organizations, Jewish or secular, might help him better help and advise these congregants?

We are hopeful that in a few years all Orthodox communities will be able to have this conversation in an open forum that include all its members. By avoiding these issues or simply denying they exist, we are ignoring, rejecting and losing LGBT Jews and their families. After all is said and done, these Jewish souls could be our sons, daughters, grandchildren, brothers, sisters, cousins, nieces, nephews, aunts, uncles, parents, neighbors, or friends.

The author is a parent of a gay college-age son.  His family has been met with both friendship and support as well as rejection from members of his community since his son came out.  He wishes to remain anonymous because he has not told some members of his extended family for personal reasons.
The Jewish Week feels comments create a valuable conversation and wants to feature your thoughts on our website. To make everyone feel welcome, we won't publish comments that are profane, irrelevant, promotional or make personal attacks.