South Africa: Gay imam spreads message of empowerment when it comes to homosexuality and Islam 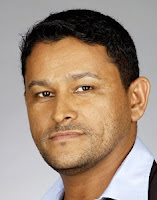 My Opinion: It's great to see an imam coming out, well at least even discussing the issue. I have no problem with people that disagree, my major issue I have with many in religious world is the failure to speak about the issue. Ignoring the issue doesn't help anyone. Dialogue is important at whatever level. One can disagree and respect the other, but silence is deadly. by Rich Dweck
June 19th, 2013 by Scott Roberts of Pinknews.co.uk- A gay Muslim cleric in South Africa, one of the few openly gay imams in the world, says it’s important to be open about your sexuality in order to have an “authentic” life.
Speaking to the Thomson Reuters Foundation from Cape Town, Muhsin Hendricksi said he’d rather die as an “authentic person” than remain hidden in the closet.
Mr Hendricksi, a father of three who was previously married to a woman, has spent years helping gay Muslims reconcile Islam with their sexuality through The Inner Circle, an organisation he founded in 2004.
When asked about Islam’s view of homosexuality, Mr Hendricksi said: “The Koran only speaks about the story of Sodom and Gomorrah. The Koran doesn’t use the word homosexuality. It’s only a term that was coined in the 18th century, and the Koran was a 7th century book. The story has been interpreted for years to refer to the atrocities of Sodom and Gomorrah as homosexuality so what I do is I unpack it.
“One of the principles that we learn when we study the Koran is that you can’t quote a verse from the Koran out of context. It has a context, it has a history, there’s a real particular purpose. So, I say, ‘Let’s do the same with the story of Sodom and Gomorrah.’ We look at the archaeological findings, we look at what historians say about Sodom and Gomorrah, and once we piece that together we find that the story was really about economic exploitation, inhospitality to guests, rape, molestation, homosexual practices that were related to idolatry.

“So then I ask in my conclusion, ‘If you look at that and if you look at who you are in terms of your sexual orientation, do you think that story talks about you?’
http://www.pinknews.co.uk/2013/06/19/south-africa-gay-imam-spreads-message-of-empowerment-when-it-comes-to-homosexuality-and-islam/