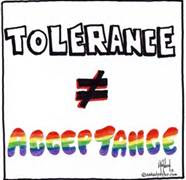 5/1/13 The Jewish Week- I write in response to Stuart Kurlander’s Opinion piece, “Door Is Wide Open For Gay Jews To Be Leaders” (April 26).
I am a 21-year-old observant gay Jew actively involved in my campus Hillel. I fear that articles like this one proclaiming that LGBT Jews “have arrived” serve as a counterproductive distraction to the real issues that remains to be dealt with in making Jewish institutions more welcoming to the LGBT community.
Kurlander’s dilemma is a product of the at-best lukewarm acceptance that existed when his generation was coming of age in Jewish organizations. This situation has absolutely changed in the Reform movement, but the Conservative movement is only beginning to address it, and Orthodoxy has not even started to talk about what comes next after “tolerance.” Even if mainstream Jewish organizations are better at inclusion today, they are by and large still not good.
Conservative Judaism, as represented by the 2006 responsa “Homosexuality, Human Dignity, and Halacha,” tells LGBT youth that “heterosexual marriage between two Jews remains the halachic ideal” and identifies gays and lesbians as those who are “incapable of maintaining a heterosexual relationship.” This kind of categorization of queer identity as an infirmity comes from the most liberal halachic body in existence.

Mainstream organizations like Jewish federations necessarily make sacrifices for pluralism. But if this is the most developed ideological position that they will take on homosexuality, is it any surprise that many queer Jews choose to devote their energy to other groups that not only accept but also celebrate them?
Proclaiming that “the door is wide open” to LGBT leadership puts all the burden of getting involved on LGBT Jews and gives the false perception that enough institutional changes have now been made to accommodate them. It may be the right time for some of us to “lean in.” However, if retention of young potential Jewish leaders is a priority, then mainstream Jewish organizations must move from tolerating LGBT Jews to blessing them.