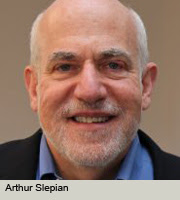 4/16/13- Today, Israel’s 65th Independence Day, it is appropriate that we stop and take pride in the many strengths of this young nation, and what its existence and growth has meant for Jewish people not only in Israel but around the world; 2013 offers much for LGBT people to take pride in compared with 1948.
Today marks the end of a three week period on the Jewish calendar that begins with Passover, in which we tell the Biblical story of our people’s exodus from bondage in Egypt, and ends with Yom Haatzmaut, on which this year we mark the 65th anniversary of the establishment of the modern state of Israel.  We mark these two connected episodes of liberation, an ancient miracle and a modern one.   The creation of the free and independent state of Israel is perhaps the most profound miracle of the 20th century, the reconnection of the Jewish people with our historical roots.
Yet what we stop to celebrate today is not only what happened in 1948, but also what has happened in the 65 years since, the ongoing miracle of Israel’s survival, growth and flourishing.  The tiny country that emerged in 1948 has become a vibrant democracy, a global center of innovation and entrepreneurship in agriculture, technology, energy and medicine, and an incubator of all forms of world renowned arts and culture.  It is a country that has absorbed immigrants and refugees from across the globe as it has grown in population from 600,000 to more than 8 million.   And it is a country whose people have demonstrated remarkable resilience and courage through decades of war and terrorist attacks.

During the year, many discussions about Israel focus on what yet needs to be done, the ongoing challenges of working for peace and pluralism.   But today it is appropriate that we stop and take pride in the many strengths of this young nation, and what its existence and growth has meant for Jewish people not only in Israel but around the world.
In particular, the story of Israel’s emergence as an independent nation intersects with another modern story of liberation, the ongoing global struggle of LGBT people for equality and freedom.  LGBT people too are on a journey from oppression to freedom, from degradation to dignity.   This journey as well is a work in progress, with much time spent in the wilderness.  But like that of Israel and the Jewish people, 2013 offers much for LGBT people to take pride in compared with 1948.      LGBT rights are advancing in different ways in many countries around the world, but few countries have made as much progress in the past 25 years as Israel in advancing LGBT equality.  A strong network of LGBT political leaders and community organizations, in combination with key straight allies and a court system with deep respect for equality has moved LGBT rights forward step by step, often ahead of much of the world, including the U.S.   As a result, more LGBT Israelis are leading open lives, creating families, serving their country openly, and contributing in countless ways to strengthening the social fabric of the country.   Out LGBT leaders and artists are at the forefront of the country’s economic, social and cultural achievements.  It is perhaps no accident that we are reporting on stories of growing numbers of LGBT Jews making aliyah to Israel.
As we celebrate Yom Ha’atzmaut today, let us celebrate the work of Israel’s LGBT community in helping to shape a country that we can all think of as home.
http://awiderbridge.org/yom-haatzmaut/