"LGBT and observant" by Ellen Futterman 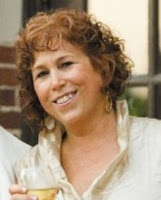 4/3/13-Elissa Kaplan says deciding 10 years ago to tell her two oldest children, then ages 9 and 11, that she was gay still stands as the “scariest decision” of her life. It not only resulted in her children knowing, but also, quite unexpectedly, the head of their yeshiva.
“My coming out process was very painful because I was so worried about rejection. Telling the children was emotionally tumultuous for everyone, including me,” said Kaplan, now 50, a psychologist living in central New Jersey. “But it all settled down fairly quickly and worked out just fine in the end.”
Part of what made the decision so scary is that Kaplan is an Orthodox Jew. Her commitment to Torah observance and her relationship to God are tantamount, and she didn’t want to compromise either by coming out. Historically, strict Orthodox have not been welcoming to the Jewish lesbian/gay/bisexual/transgender (LGBT) community, but that seems to be changing among Modern Orthodox congregations such as Bais Abraham in University City.
Of course there is a lot more to Kaplan’s story, which she will tell when she comes to St. Louis April 12-14. She and a couple of other Orthodox LGBT Jews will be discussing their experiences as part of a variety of events organized by Eshel, a national organization whose mission it is to build a community of support, learning and inclusion for Orthodox LGBT Jews.

Aviva Buck Yael, a member of Bais Abe and Eshel organizer, says the organization is vital “for helping observant LGBT Jews find a way to stand strong in their traditions and remain connected with their religion, their families and their communities.”
She hopes the weekend will give St. Louisans a chance to consider the issues involved and “see real faces and meet real people who are observant and LGBT.”
Bais Abraham Rabbi Hyim Shafner is also excited about the weekend and the discussions it will evoke.
“Bais Abe is one of the few Orthodox synagogues that tries to comfortably embrace gay and lesbian families as well as other minorities,” he said. “I believe just because people are gay, they shouldn’t have to leave the Orthodox community or feel like they have to give up their ties to Judaism and the Torah. That is a terrible thing.
“I believe there is a place for LGBT people in the Orthodox tent,” the rabbi continued. “This is not a weekend for people who are not gay talking about whether the Orthodox community should accept people who are gay. It’s a weekend for people within the gay community who have worked hard to stay tied to their beliefs and their observance talking about what that has been like. As heterosexuals we will never get that unless we get close enough to hear it. I hope this weekend will start some great conversations and be a voice to the larger Orthodox community.”
The weekend will start off Friday, April 12 with a dinner for LGBT Jews in St. Louis to discuss community building (email Buck Yael at Aviva@Eshelonline.org). At noon on Saturday, following Shabbat services, a free “lunch and learn” featuring Kaplan and two other Eshel speakers will take place at Bais Abe, 6910 Delmar Boulevard.  At 9 p.m., the shul will host a screening of the 37-minute documentary  “DevOUT,” which follows the lives of seven women, including Kaplan, trying to reconcile their alternative sexuality with their commitment to Orthodox Judaism. A donation of $10 at the door is suggested to cover program costs.
Finally at 10 a.m. Sunday, Nismah will hold its event with Eshel at the Jewish Community Center in Creve Coeur. (Contact Nishmah for details at 314-442-3268.)
Kaplan says she hopes the weekend will empower other Orthodox LGBT Jews to live authentically despite their fears.
“There is a process you have to go through and it can be very difficult at times. But I found after coming out my commitment to Torah observance and my relationship with God has gotten stronger over the years. My process was much better than I feared, which positively impacted my connection to God. I have a greater sense of following his mitzvot.”

Addendum to Olivette-gate
Although the Olivette City Council decided to hold its regularly scheduled council meeting the second night of Passover (see story on page 1, which first ran onstljewishlight.com), other municipalities, including University City, responded otherwise and postponed or cancelled their meetings to honor the Jewish holiday. However, in the case of Town & County and Creve Coeur, both of which hold their council meetings on Monday nights, a decision was made to move the Monday meetings to Tuesday. So instead of having the meeting on the first night of Passover, the two municipalities had theirs on the second.
Interesting logic, or is there a better word for that?
http://m.stljewishlight.com/mobile/news/news_schmooze/article_ff929f98-9ca0-11e2-b908-0019bb2963f4.html