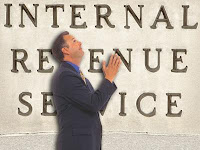 3/13/13 by Trudy Ring- One of the nation’s leading “gay cure” groups, the National Association for Research and Therapy of Homosexuality, has lost its tax-exempt status due to failure to file proper documentation for the past three years, the Internal Revenue Service announced this week.
It’s a further blow to the largely discredited organization, which purports to assist “those who struggle with unwanted homosexuality,” as its online mission statement says. Cofounder Joseph Nicolosi has claimed gay people wish to normalize pedophilia and spread HIV, and he has been accused of distorting the research of others to support NARTH’s theories. In 2010 the group was the subject of scandal after one of its leaders, psychologist George Rekers, was found to be traveling with a paid male escort. Major medical organizations have recognized NARTH’s brand of therapy, aimed at converting gay people to straight, as both ineffective and abusive, and California last year became the first state to bar licensed practitioners from performing such therapy on minors.
“NARTH’s work throughout the years has amounted to child abuse in every sense of the word,” Human Rights Campaign president Chad Griffin said in a press release. “Sadly, some therapists have looked to this discredited organization for guidance on treating their most vulnerable patients and this has had drastic results.  The IRS is just the latest organization to take a death blow at NARTH.”

“I can say firsthand these types of practices are dangerous and discredited,” added Ryan Kendall, a former NARTH patient. “As a survivor, I look forward to the day when they no longer exist.  The revocation of NARTH’s tax exempt status demonstrates that we are ever closer to that day.”
http://www.advocate.com/politics/2013/03/13/ex-gay-therapy-group-loses-tax-exempt-status