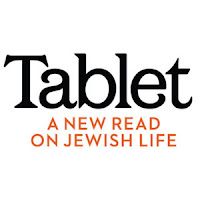 For one Jewish filmmaker, making a documentary about gay Palestinians helped him accept his own identity
11/12/12 Tonight, a documentary I wrote and produced in Israel, The Invisible Men, will screen at the Other Israel Film Festival in New York City. The film tells the untold stories of gay Palestinians hiding in Tel Aviv, seeking refuge from the families and Palestinian security forces that want them dead and the Israeli authorities that want them out of the Jewish state.

Five years after I moved to Israel and three after embarking on this project, these screenings present me with less a homecoming than a privilege: I return to my hometown more proud than ever to be Jewish, American, Israeli, and gay.

I grew up on Manhattan’s Upper East Side, and I was, to put it simply, your all-American Jewish kid with all of the attendant neuroses and privileges. I was educated at the Ramaz School and Congregation Kehilath Jeshurun, two flagship institutions of Modern Orthodox Judaism and American religious Zionism. I excelled in school. Socially, I was in the middle of the pack—somewhat awkward, always chubby, but who cared. I was accepted to Princeton University and graduated with a degree in Russian Literature with high honors.

I wrote a thesis on Woody Allen. In the competitive worlds I was raised in, was accepted to, I was a “winner.” To my parents, especially my father—born to Polish Holocaust survivors, shtetl Jews, in a German Displaced Person’s Camp in 1946—I was living the life that he had always wanted for himself but could never have had.

But there was one competition for which I wasn’t even eligible—a “BNB” as Modern Orthodox Jews call it, a bayit ne’eman b’yisrael, a loyal home among the Jewish people, which normatively means a wife and children. As had started to become clear to me around the age of 12, I felt “different.” At summer camp, I wasn’t sneaking off with girls—not that I was sneaking off with boys.

As I lost weight, I justified my confusion with same-sex attraction for insecurity and a difficult relationship with my father. In the 10th grade, I distinctly recall Ramaz Principal Rabbi Haskell Lookstein’s well-known Jewish sexual-education course. One of the few biblical quotes we had to memorize was Leviticus 18:22: “You shall not lie down with a man as with a woman: This is an abomination.”

Real clarity about my sexual orientation didn’t emerge until late into my college years—held off, I think, by the unusual relationship between Princeton’s straightness and its “small but strong” Jewish community. Princeton’s active Jews are often sheltered from the dominant WASPy culture that pervades campus socializing.

At least this was how I experienced it when I tried to bridge my Jewishness with the secular freedom I enjoyed as just another student on campus. I felt this life—part-partier, part-student, partly Jewish, partly secular—left no room for coming out of the closet.

As I neared graduation with vague ambitions of an academic career and no desire to become a doctor, a lawyer, or banker, I thought back to Israel. Earlier that year, I had visited a high-school friend who was living in Jerusalem. We spent a day in Tel Aviv, and I was struck by how gay the city is. I realized, if subconsciously, that I could go to Israel and figure out the part of me that I had flat-out ignored.

No one would ask questions. And so I moved to the Tel Aviv under the guise of an academic fellowship.

It was in Tel Aviv that I began to confront myself. I recognized and resigned myself to two things: One, I didn’t “feel different”—I actually was. And two, my family could never find out. But months into my time in Tel Aviv, an openly bisexual friend said: “Rosner, you seem a little repressed.” I admitted I was.

She gently continued, “Are you … a little gay?” Her own experience comforted me enough to reveal a kernel of the truth. “I am,” I told her. It would be our secret.

My fellowship was wrapping up just as I was making personal progress. I needed a legitimate excuse to stay in Israel—and fast. I secured a job working for a veteran Israeli producer and then met Yariv Mozer, the director of The Invisible Men, and made the leap into film.

The first time I met our main subject, Louie, was also the first time I ever met a Palestinian. At Ramaz, the only person who didn’t seem to regard Palestinians as our remote enemy was my Hebrew teacher and mentor to this day. She was the only person who mentioned the word “Occupation,” ha-kibush, in that educational setting. Louie, having lived in Israel for over 10 years, is a double victim of that Occupation—as a gay man and as a Palestinian.

At the time, I was still hiding in Israel from my family much like Louie and the other men we filmed were. The stakes were entirely different, of course. Whereas I was free to exercise my right of return to the Jewish state, they were alienated by their families and societies, ineligible to live legally in Israel because of their nationality, and facing possible death if they returned home. In shoot after shoot, conversation after conversation, my subjects, unbeknownst to them, forced me to interrogate my upbringing relative to my sexuality and nascent Israeli identity.

I asked myself the once-unquestionable: What is my right to send in a bunch of paperwork, become Israeli, and plop myself down in Tel Aviv when this man’s life hinges on evading capture in a city that I had grown to love? Do the religious Zionists I grew up with even realize that Tel Aviv is a destination for tens of thousands of gay Europeans and Americans? Do they realize that there are Palestinians who would die to be there? Who would likely die if they weren’t?

Some friends suggested that aliyah was a convenience of the closet. In fact, aliyah led me to this documentary and to these extraordinary men. It gave me the courage to come out to my own family, and then to come out once more, as Israeli.

My desire to be Israeli, to be a part of a national, secular Jewish society and not a diaspora community tugged at me throughout my childhood. I remember in 1998, 14 years old, returning to New York from my family’s first trip to Israel. I hung a gigantic Israeli flag in my room, which my mother promptly told me to take down: “Don’t be silly, you’re not moving to Israel.” Another close friend said much the same, “Adam, you’re not making aliyah.” I would tell her, “You just don’t get it.” We still respectfully diverge with separate but equal dedication to Jewish tradition: She pokes fun at my assumed Israeliness; I joke that if she had a drag name, it’d be “Lady Diaspora.”

Today, I have even more questions than answers, since I have spent most of the past year in Los Angeles where I’m in my second year of film school. (Someone recently quipped: “Adam, now you’re really Israeli. You live in Los Angeles!”) Where I’m going immediately after I graduate is to be determined.

But for now, I’ll go to New York and present a documentary whose subjects, at the very least, deserve to be seen—and if they are, can raise some of the questions that have driven me to them.
***
Like this article? Sign up for our Daily Digest to get Tablet Magazine’s new content in your inbox each morning.

Adam Rosner is a screenwriter and producer living between Tel Aviv and Los Angeles. He is currently in his second year at the Peter Stark Producing Program at the University of Southern California’s School of Cinematic Arts.