"Building True Acceptance By helping gay kids, synagogues and Jewish schools can make the community better for all of us" by Marjorie Ingall 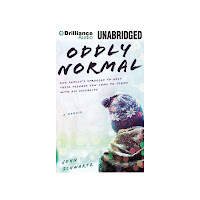 11/14/12 Tablet Magazine- Jeanne Schwartz called her husband John at work one afternoon in June 2009. “Joe has taken a lot of pills,” she said. Their 13-year-old son Joe, who’d just come out as gay at his middle school, had tried to commit suicide.
In Oddly Normal: One Family’s Struggle To Help Their Teenage Son Come to Terms With His Sexuality, John Schwartz tells Joe’s story, as well as his own and his wife’s. This is a family memoir, not a self-help book. But like Schwartz’s earlier book Short (which I raved about in Tablet a couple of years ago), Oddly Normal mixes personal anecdotes and science reporting in a way that adds resonance to both. A national correspondent for theNew York Times, Schwartz tells us about his son’s difficulties as a gay teenager while also examining research into gayness, homophobia, and teen suicide.