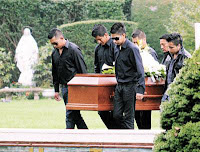 EAST HAMPTON, N.Y. — The Long Island Gay and Lesbian Youth Network said it would fast-track its efforts to open an LGBT community center in Suffolk County after learning that an East Hampton, N.Y. teen who was allegedly the victim of anti-gay bullying took his own life last week.
David Hernandez Barros, 16, was found at his family’s home on the evening of Sept. 29, dead of an apparent suicide, according to East Hampton Police Detective Lt. Christopher Anderson.
Rumors circulating the internet indicated that David, a junior at East Hampton High School,had been bullied at school because he was gay, although questions about David’s sexual orientation remain unanswered by family members who declined to comment this week through a family friend acting as a spokesperson.
But students at East Hampton confirmed that David had attended meetings of the school’s Gay-Straight Alliance, including recent graduate Andrew Bennett, who, in a letter to the East Hampton Star, said he and David attended a GSA meeting together just days before his death.

“Unfortunately, we’re not going to be able to know definitively what exactly happened in David’s case,” said David Kilmnick, Chief Executive of the Long Island Gay and Lesbian Youth Network. “It gets to a point where sometimes kids can’t take it anymore and some find that taking their own life is the only way they can deal with that because they have nowhere to go.”
Kilmnick said that his group will hold a town meeting at East Hampton High School on October 22 at 6:00 p.m. to discuss the circumstances surrounding David’s death, and how others can be helped before they consider suicide.“Regardless of whether David was gay or not, he should have had a place he could have seen as a lifesaver,” he said.
Kilmnick added that the East Hampton School District is far more advanced in gay and lesbian tolerance and sensitivity issues than most other school districts, but students often do not have a support system outside of school.
“With the East Hampton School District being 40 percent Latino, there is a great need for us to have a place for those students to come,” Kilmick said. “We hear from many young people that there is a lack of support system for many  Latino and African-American young people who are gay.”
“In churches, which are often an important part of the Latino culture and of their family life, there are not a lot of good things said about gay people and little or no standing on the side of equality,” he said. David was born in Ecuador. 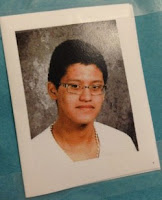 “This has been a tragedy. We are grieving for David, his family and our community. We will continue our thorough evaluation of this sad and complex situation. Our thoughts and prayers go to the family., said East Hampton School Superintendent Richard Burns, in a statement released last week.
Burns and East Hampton High School principal Adam Fine refused to comment on allegations of bullying at the school.
http://www.lgbtqnation.com/2012/10/questions-remain-after-long-island-teen-commits-suicide-over-alleged-anti-gay-bullying/