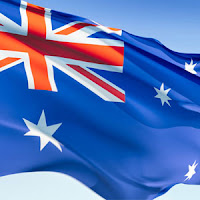 An Australian doctor and member of a conservative Christian sect has been banned from practicing medicine after he prescribed a teenager a chemical castration drug for use as a ‘gay cure’.
In 2008, GP Mark Craddock, prescribed the 18-year-old the anti-androgen therapy cyproterone acetate, sold under the brand name Cyprostat, during a 10-minute consultation in his home.
According to AFP, the drug is used to treat prostate cancer. The patient was also a member of the same branch of the Exclusive Brethren Church as the doctor, and was told by church members that “medication” would him with his sexuality.
In a hearing before the professional standards committee of the Medical Council of New South Wales, Mr Craddock admitted he did not obtain a medical history, failed to conduct a physical examination, and also did not take an adequate sexual history or arrange a follow-up appointment for the patient.
He also did not refer the teenager to a counsellor or a psychologist, despite the drug manufacturer’s recommendation, and did not order a liver test or discuss the side effects, which include impotence.
Mr Craddock conceded it was potentially dangerous for a patient to have that much medication unsupervised. He said that he should not have prescribed it at all, the committee found.
In May of this year, a Christian psychotherapist in England lost her appeal against a ruling by the British Association for Counselling and Psychotherapy after a 2009 undercover investigation by the journalist Patrick Strudwick found that she was trying to provide gay conversion therapy through counselling.
http://www.pinknews.co.uk/2012/09/05/sydney-christian-doctor-banned-for-prescribing-chemical-castration-gay-cure-to-teen/