Op-ed: Islam and LGBT are Not Mutually Exclusive Urooj Arshad, a queer Pakistani-born woman, tells us why she devotes her life to helping LGBT Muslim youth.-Advocate.com 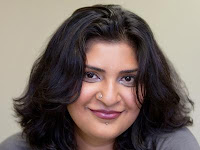 I grew up in Pakistan, a country with one of the largest Muslim populations in the world. Unlike most Pakistani women, I had access to a great education, and loving and supportive parents who treated me and my brothers equally. However, as I grew up I was troubled by the way women were treated in Pakistan.
Much of my worry was fueled by growing up during one of the harshest military regimes in Pakistan, that of general Zia-Ul-Haq. In his push to “Islamisize” the country, he eliminated many of women’s rights in the name of Islam. His infamous Hudood Ordinances amplified violence against women, and the general degradation and humiliation of women in society. I was constantly afraid, and the oppression started to seep into my soul. Fortunately, when I was 16 my parents immigrated to the U.S. with the help of my uncle’s sponsorship.
I came to the U.S. broken and disillusioned.  I thought that I would start a new and happier life away from Pakistan and away from Islam.
But of course it was not that easy. I was just so different from my fellow suburban white teens.  Yet trying to forget who I was and where I was from didn’t bring me happiness either. By the time I got to the University of Illinois, away from home and family for the first time, I had become very isolated. Even when I came out and entered the LGBT community, I realized that as a queer-Muslim-person of color, the issues I faced were vastly different from my white LGBT peers.
In 1999, I met Faisal Alam, the founder of the Al-Fatiha Foundation, an organization dedicated to Muslims who are lesbian, gay, bisexual, transgender, intersex, questioning, those exploring their sexual orientation or gender identity, and to their allies and families. He changed my life forever. To sit in a room full of queer youth and to know that there is another Pakistani Muslim queer person out there, started to fill a hole I did not even know existed and I stopped believing that I would never be able to reconcile my sexuality with my religion and culture.
I began organizing and getting more involved with work specific to LGBT Muslim communities, and this has been my mission for the last decade and more.  As a community, we have provided countless workshops on the intersection of islamophobia and homophobia/transphobia, marched in pride parades to show our visibility, helped folks get asylum, provided spiritual counseling, and developed and advocated for scholarship that looks at Islam in the context of LGBT issues.
We have built retreat spaces that bring together LGBT Muslims to discuss spiritual life, religious texts, anti-oppression; and yes, we even had a speed dating event this year, because nothing is hotter than some Muslim on Muslim love.
Most importantly, we have changed the discourse that looks at LGBT Muslims as if they are non-religious, somehow outside the realm of mainstream Muslim life, somehow not impacted by Islamophobia, somehow not quite able to be both LGBT and Muslim. And as we continue to change the discourse, I am proud of how much the movement has grown and truly reflects the LGBT Muslim community.
I am particularly proud to see so many young people as LGBT Muslim organizers. Youth are especially vulnerable in an environment that puts all LGBT Muslims at risk of stigma and discrimination: from government, from our society, and even from our own families and communities. Many youth face violence and family rejection; many also feel disconnected from their culture and religion. These young people need a supportive community -  and the community needs their energy and leadership.
Through Advocates for Youth’s Muslim Youth Project, we are developing Muslim youth leaders who will push back on Islamophobia, homophobia, transphobia, silence about sexuality, and the oppression of women.
It’s been 13 years since I became involved with LGBT Muslim organizing, and I am so proud of all the work we have done to bring people together who, like me, felt isolated and alone — who felt that if they are LGBT that the love of Allah is no longer with them, and they were cursed to go through this world unprotected and unloved.
Just a few months ago, I went back to Pakistan, and I realized that the Pakistan I knew during the draconian days of Zia –ul-Haq has changed. From transgender communities getting ID cards, to the vibrant lawyers’ movement that eventually toppled the last military dictator’s regime, Pakistan has been on its own journey toward becoming the Pakistan I have always dreamed of. My trip to Pakistan not only took me home, but took me back to myself, and I hope that this gift of coming home to oneself is a gift that we as LGBT Muslims can continue to give to each other.

UROOJ ARSHAD is the associate director of International Youth Health and Rights at Advocates for Youth, a group that advocates for realistic approaches to adolescent sexual health.http://www.advocate.com/commentary/2012/09/14/oped-islam-and-lgbt-are-not-mutually-exclusive