"Bullying, bulimia and going back to school" Pinknews.co.uk 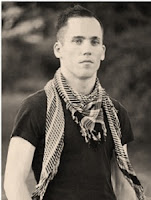 Writing for Pinknews.co.uk, Sam Thomas, the founder and director of a national eating disorders charity, says today’s start of the new school term for LGBT students across the UK, conjures up his own difficult memories of classroom life and of homophobic bullying.
This week sees the start of ‘back to school’ for many children and teenagers, which I dreaded the most…My story begins at high school, at the age of 11. I did very well at tests – swot, boffin, those sorts of names came my way – but it became apparent that I wasn’t like the other boys, interested in cars and football. I had quite an effeminate appearance and my voice broke and sounded quite squeaky, which made the problem worse. At this point the bullying and teasing became predominantly homophobic.