"Rediscovering Orthodoxy as a Trans Jew" By Rafi Daugherty 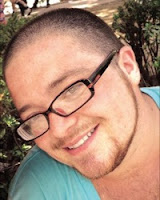 This weekend marked my 30th birthday. Birthdays are always a time of looking back and seeing how life, or I, have changed over the past year, five years, ten years, etc. If someone would have asked me to write a piece about spirituality ten years ago, when I was still an Orthodox Jewish female, undoubtedly I would have written something from the Old Testament (Torah) about abiding by the many commandments therein. I would have reassured you that there is spirituality behind not doing things that you desire to do or behind doing age-old rituals that don’t seem to make any sense today. And I believed every word of that too.

I spent years struggling with who I was and who I thought G-d wanted me to be. I felt that one of my life’s missions was to reconcile the fact that I was born into a female body but felt that I was really a boy inside. I thought that with enough prayer and devotion, those feelings would leave and I would feel “right” with myself and with G-d. I knew without a doubt that one could not be gay and an Orthodox Jew, I didn’t even know that someone could transition from their birth gender/sex.

In 2003, when I was 21 and met my first transgender acquaintance, I knew right away that if I wasn’t Orthodox, I would be transgender. But I felt certain that G-d would not approve of that for me. Thinking that I might be a lesbian, I slowly got involved in the New York Jewish queer community and very slowly started the process towards becoming more myself. I worked on giving up my previous concept of G-d as an Almighty, lightening-shooting, and irrational figure and started to feel G-d as a loving, nurturing and devoted friend.
I started departing from strict Orthodox practice, but with a lot of angst since I was raised that Orthodoxy was the only “right” way to “do G-d.” Once those laws and obligations that I used to hold dear lost their importance to me, my life shifted in a way that really started allowing me to get to know who I was and what was really important to me. In 2007, on my 25th birthday, I started the transition to Rafi. I took Hebrew names that meant “Mercy,” “G-d Heals,” and “G-d will save” as a way of asking for G-d’s mercy if I was doing the wrong thing and asking for G-d to save and heal me. It was an intense part of my life; I knew I would lose family and friends who really believe that the fact that G-d doesn’t make a mistake means that we have to accept everything “as is.” Of course, I have since learned that G-d has also given us the power and insight to change things that are unacceptable to us.
Today, if you ask me to write about spirituality, I will tell you about the weekend I spent with more than 6,000 LGBT and allied people who sing in choruses all over the U.S. and beyond. I will tell you about the way two voices – or many more – can blend beautifully together in perfect and melodic harmony. I will tell you about hugs that could last forever when you see your best friend after time apart. I will tell you about rooms of the most diverse people who share a common language and a common goal. I will talk about meditation in remote areas and meditation on crowded trains, about helping a woman off the bus with her baby carriage, and about taking time to pet a loving and grateful animal. I still engage in some of the traditions of my youth and my people, but today my heart and mind are open to so much more, and I am happier and more settled in myself than ever before. Becoming the most authentic me is the most spiritual thing I have ever done.
Rafi Daugherty is a 30 year old native of Colorado. Rafi was raised from age 7 on as an ultra-Orthodox Jewish girl. Currently Rafi works as the Colorado Outreach Coordinator for Keshet, a national organization working towards the full inclusion of LGBT Jews in Jewish life. He lives with his little dog Smudge and hopes to become a foster parent in the near future.
http://outfrontonline.com/body-mind/faith-spirit/rediscovering-orthodoxy-as-a-trans-jew/