Once a Boyhood Outsider, Now Reflecting on His Tribe

By FELICIA R. LEE
Published: June 16, 2009
David Adjmi, whose play “Stunning” at the Duke on 42nd Street will be his professional New York theater debut on Thursday, bit into a slice at the Di Fara Pizza parlor. Great food and bad history met in that recent moment of triumphant homecoming. 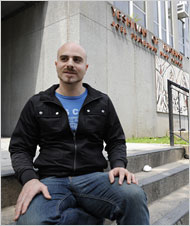 Robert Stolarik for The New York Times
David Adjmi outside the high school division of the Yeshivah of Flatbush, in the Midwood section of Brooklyn. 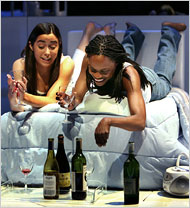